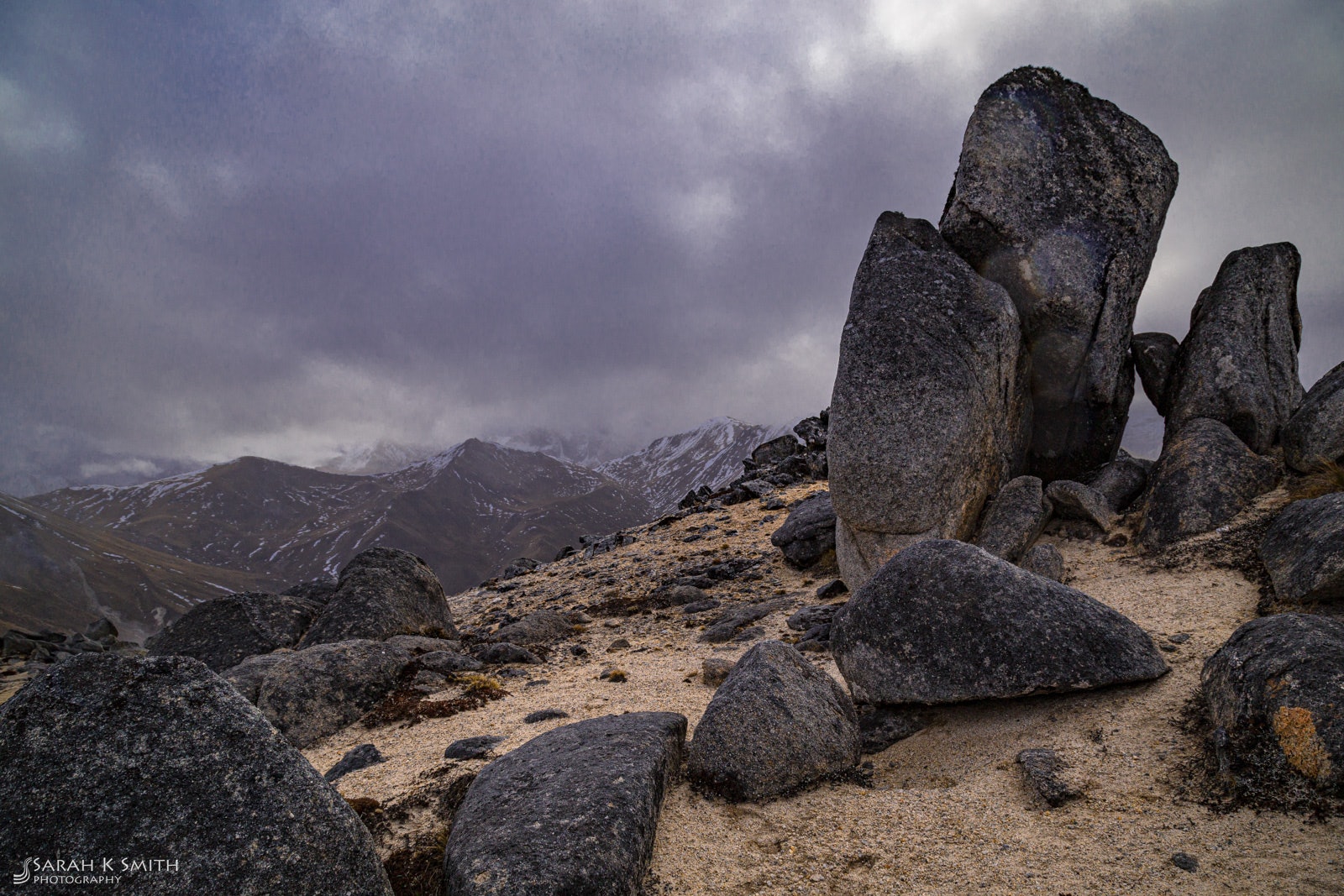 Following on from my success of having a photograph published in Wilderness Magazine, I was asked to contribute to a feature for February’s issue about the top 50 tramping peaks in NZ. I was asked to put some words together about my impressions of Mt Titiroa. You can read the article below.

Situated in eastern Fiordland, Mt Titiroa (1715m) protrudes distinctly out of the Hunter Mountains. Although not the highest peak in the range, it glistens in the sun and attracts the attention of many travelling the road south to Te Anau and Lake Manapouri. Its conspicuous glint invariably prompts the question, ‘Is that snow on the top?’ In winter, the answer would mostly likely be yes, in summer however, the reflective shine can be attributed to the white sands of the mountain itself.

Noted to be a photographer’s nirvana, I only recently summited this peak, after having it on my radar for a number of years. It was satisfying to join those who had successfully navigated the encircling Fiordland bush, and be granted access to a peak so distinguished. On top, the alpine scrub gives way to coarse white sand, dotted with infrequent plant life. Emerging from the desolate sand, monumental granite boulders, in all shapes and forms, scatter across the ridge. Standing, like sentinels, they survey the land. Below, the cobalt waters of Lake Manapouri and its meandering shore, shrouded in cloud and mist, paint a picture that is distinctly Fiordland; forever changing, damp and mysterious.

To wander around this rare and unique environment is a privilege, the granite boulders and rocky landscape resembling something from another planet. Hours can be spent meandering among the rocks, imagining all sorts of objects and photographing the views.

An awe inspiring, geological marvel, Mt Titiroa’s desolation and starkness offer a contrast to the dense, wet rainforest typical of Fiordland. Despite this though, it still remains; Fiordland. 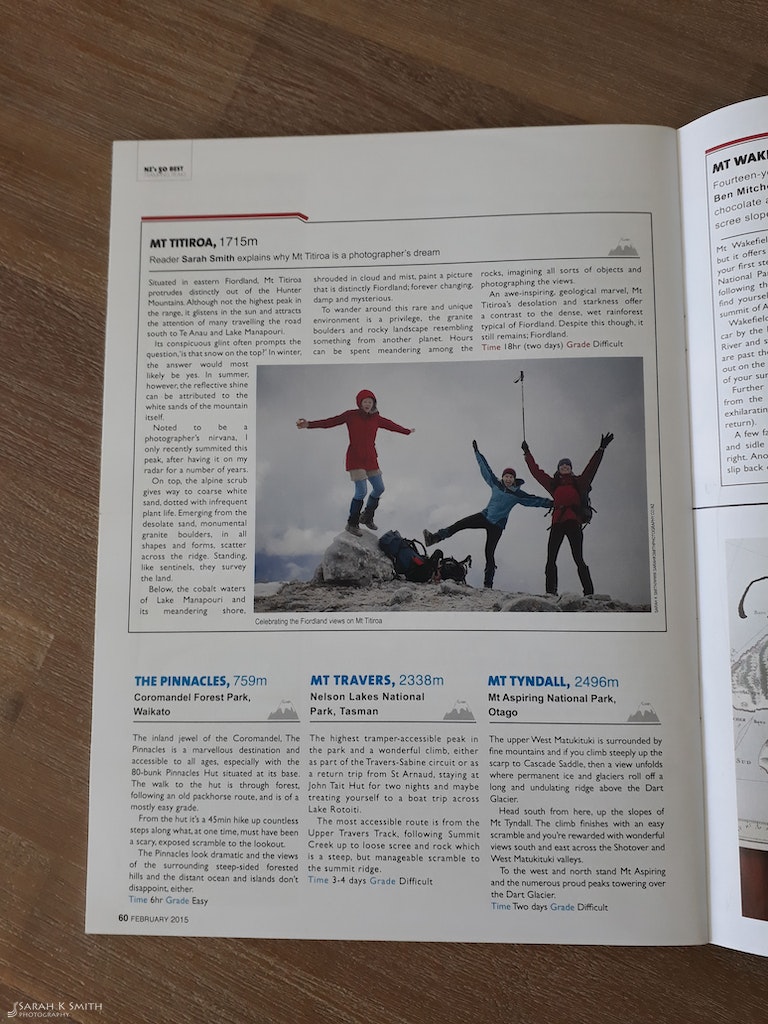 The final published version as it appeared in Wilderness Magazine.